ENMU Student Aims for Career in Film and Voice-Over Acting 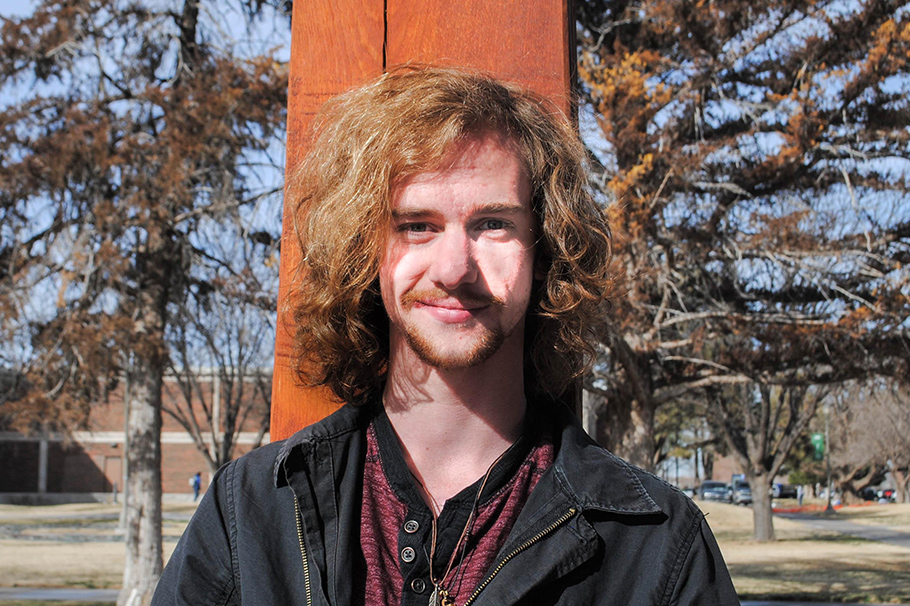 ENMU Student Aims for Career in Film and Voice-Over Acting

Bradley Harlow, who is seeking a bachelor's degree in digital filmmaking with a minor in theatre at Eastern New Mexico University, is interested in pursuing a career in both film and voice-over acting.

"Different types of video production appealed to me in high school, so it was natural that I developed an interest in film form as a medium of art," Bradley states. "Cliché as it is, I hope to someday inspire, at least in part, a new generation to pursue performance the same way the actors of my time have for me."

Bradley, who is a member of the theatre honor society Alpha Psi Omega, credits several professors at Eastern to being influential to his education: "Digital filmmaking professors Rick Shepardson, Neil Rutland and Jon Barr played instrumental roles in fostering my appreciation for and knowledge of film form. Theatre professors Dr. Anne Beck and Janeice Scarbrough provided immense guidance in developing my technique for performance."

The junior shared that the classes "Acting for the Camera II," "Production Sound for Digital Filmmaking" and "Sound Design" have all been very beneficial to him. He explains that the courses "opened my ears to the nuances of sound in film and developed my interest in the elements behind it."

To students interested in his field of study, Bradley advises, "Love the work you do and work because you love the craft. The work we do in this degree path can be pretty involved, but those who stick around wouldn't have it any other way."

Both Bradley's mother and aunt are ENMU alumni, which contributed to him choosing to pursue his degree at Eastern. He also credited the "phenomenal digital filmmaking program" as a prominent influence in his decision.

The Greyhound, who has made the Dean's List every semester he has been enrolled, says he loves Eastern's "small-town feeling and the homey campus. Faculty members are very friendly, and I enjoy being on campus."

The Golden Student Success Center is Bradley's favorite place to study. "It's a good place to pass time and offers a lot of quiet spaces to work," he states.

When Bradley is not in class or on set for a production, he spends his time with Alpha Psi Omega doing campus activities such as Song Fest and Eastern in Action. He is also involved in ENMU's Super Smash Bros. scene, where he plays both competitively and recreationally.