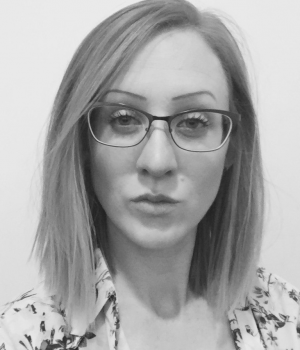 Amanda Childress had the opportunity to train with many of todays masters in the graphic design field. This training encouraged her to focus on the process more than the end result. It led to a passion for helping healthcare through design. The passion did not stop with a focus on visual communication as she gained a clinical background and worked alongside physicians, nurses and more. Amanda is motivated to use design to help others and feels the best way to create something impactful is to walk in their shoes. Her main creative goal is to assist future designers with overcoming everyday creative challenges and making effective training material for caregivers. 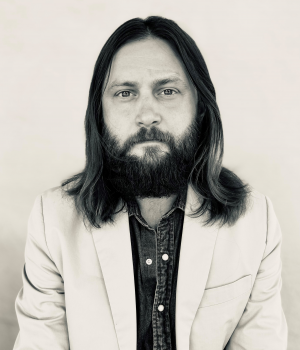 Julian Francolino is energized by teaching students how their lives and individual studio practices intersect with larger histories of art, spanning time periods, regions, and cultures. As a visual studies scholar and art historian, his research hinges on concepts and discussions of size, scale, and monumentality within visual cultures, especially in the 20th century. A practicing artist, Dr. Francolino enjoys the messy tasks of dovetailing his scholarly research with artistic production, investigating visions of dimension, scale, and monumentality within landscapes and built environments. Acknowledging the act of picturing a site and ecological environment as an entry point into preexisting and fraught histories of human fabrication, his more recent small scale landscape paintings usually address large scale human interventions in and manipulations of land, particularly those involving human-made water systems (canals, aqueducts, reservoirs, etc.). When he is not teaching or researching, you might find him plein air painting in some field, making a mess in his kitchen, or sitting on his porch. 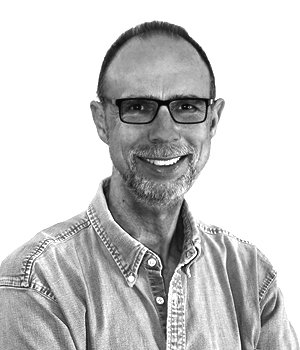 Influenced by his childhood in industrial Detroit, Scott describes his work as digitally abstracted and photographically-based collage with recurring subject matter such as distressed architecture, substrates, machinery and typography. His professional credentials include in-house packaging and visual merchandising design for Fortune 500 companies such as Dr. Pepper and J.C. Penney & Co. His publishing background encompasses both children's book designs for Pearson Education and art direction for technology trade magazines in the Richardson, T.X. Telecom Corridor. 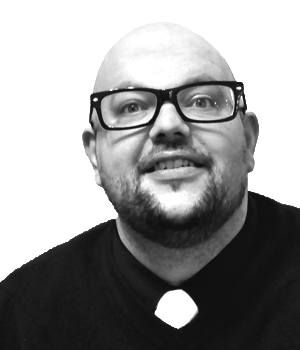 A native New Mexican, Bryan has lived on the west and east side of the state. He called Dallas-Fort Worth home for a several years, working for a dance and cheerleading company as an instructor and in the marketing department, until his love of family and the Land of Enchantment called him home. Creativity is at the core of his being and can be seen in his design, choreographic, directing, writing and gallery work. To-date, Bryan has managed/curated over 50 gallery exhibitions, choreographed 29 dances and one full dance concert, directed several stage shows, written four one-act plays, and designed numerous promotional print pieces. In addition to his role as administrative assistant for the Department of Art and manager of the Runnels Gallery, Bryan teaches part-time at the university. 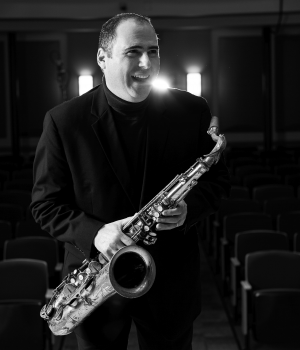 Grammy considered saxophonist Dr. Richard A. Schwartz has commissioned and or premiered nearly thirty new works for saxophone, performed for regional, national and international events in North and South America and Europe and is the grand prize winner of the 1997 International Henri Mancini Institute Concerto Competition and recipient of the 2010 Southeastern Louisiana University Presidents Award for Excellence in Artistic Activity. After performing the Boston premiere of Jan Curtis Transformations for voice, piano, and alto saxophone in Jordan Hall, The Boston Globe declared, Richard Schwartz displayed extraordinary talent on the saxophone, sympathetically mirroring the voice and contributing his own improvisatory imagination. 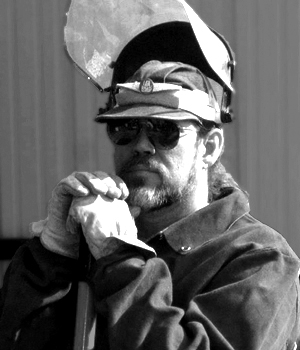 Greg grew up in a rural area in northern Wisconsin where he developed a lifelong interest in the outdoors, and specifically fishing with the flyrod and "poppers" - surface baits which he makes himself. He has built custom rods as well as developed custom patterns in his pursuit of both bluegills and bass, and has been a confirmed catch and release fisherman since 1974. He is also an addicted scuba diver and skin diver - even though this seems a little silly considering he lives on the high plains desert. 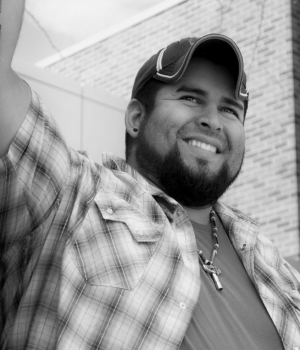 David Silva is disciplined in the many fields of art, but has a strong admiration for traditional art, writing and directing short films, and documentaries. David holds a BFA with an emphasis in Animation, Media Arts and Design, and a Master of Communication from ENMU. He wants to gain a better knowledge and understanding of the creative process of multimedia production, film, television, journalism, marketing, and design. He is interested in expanding and growing his skills alongside like minded individuals with a common creative goal.

David teaches Introduction to Photography and is the Administrative Assistant for the Department of Art here at ENMU.

Britta Urness investigates drawing, painting and printmaking language, often combined to layer ideas, atmospheres, and figures within two-dimensional works (and sometimes ventures to the third-dimension). She has shown her work in the Midwest in places such as St. Ambrose University, the Ann Arbor Art Center, Delta College in Saginaw, MI, the Grand Rapids Art Center in Grand Rapids, MN, The Scarab Club in Detroit, Buckham Gallery in Flint, and the University of Nebraska-Omaha. Britta often participates in national print exchange portfolios, an accomplished community workshop instructor and a lifelong student of all art processes. She is a self-professed Word Nerd consumed by crossword puzzles and trivia, strength sports enthusiast, and an avid traveler thrilled to be living in the Southwest.

Prof. Urness teaches all levels of painting and drawing courses.