These presentations help to support the idea that creative and research activities are critical components of excellence in teaching. 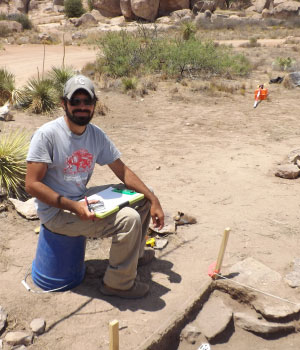 Ph.D. Anthropology from the University of Kansas

Virtual Tour of Blackwater Draw National Historic Site
Join Dr. Asher as he gives us a tour of Blackwater Draw National Historic Site. Blackwater Draw National Landmark is defined as a 640 acre landscape of human activity areas in an upland containing a spring-fed Pleistocene Lake. Not only is there the expected panoply of stone tools and projectile points, but outstanding bone preservation gives a glimpse of the more perishable possessions of the inhabitants. Many species of extinct fauna are found in cultural levels, as are implements made from stone, bone and ivory by the region's first inhabitants. As a major water source in the area, this locality was used throughout the entirety of prehistory and well into historic times, leaving an archaeological palimpsest of occupations and cultural activities. The Paleoindian occupation of the site is by far the most extensive with thousands of tools littering the landscape amidst an enormous number of megafauna and smaller animal kills.

Dr. Richard Allington was born and raised in Hemel Hempstead in the UK. He completed his B.A. in History at Christendom College in 2011 and his PhD in Medieval History at Saint Louis University in 2018. He is currently Assistant Professor of History at Eastern New Mexico University.

Origins of Ancient India
This lecture covers the prehistoric origins of Indian civilization from the earliest archaeological records until the arrival of the Aryans and the creation of the first written records. 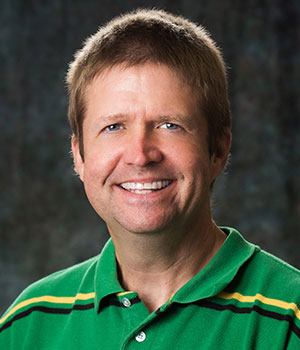 Revealing the Schematic Tricks in TV Commercials: Why Are Those Ads So Effective
A critical analysis of the formal features of TV ads to determine the rhetorical techniques used by advertisers. This analysis presumes that advertisers are both manipulative and deceptive, using psychological tricks to distract viewers from assessing the validity of product claims. Moreover, they play on viewers' preconceived stereotypes and expectations. They do all of this without viewers knowing the techniques that are being used.