"I love teaching. I love my students. I love teaching diversity. I love introducing the importance of native languages. I love training teachers on how to work with students who are learning English," says Geni Flores, president-elect of SCOLAS.

Eugenia "Geni" Lassiter Hehr Flores, the coordinator of TESOL and bilingual education and an instructor at Eastern New Mexico University, was recently named the president-elect of the Southwest Council of Latin American Studies (SCOLAS).

She became involved in the organization, which encourages scholars to participate in studies on Latin American issues, early in her career at ENMU, when she accompanied professors from Eastern's Spanish program to a conference in Santa Fe. Geni did extensive research on accent placement in Spanish and hearing stressed syllables. She was "very nervous" to present her paper, but was "pleased to find acceptance, valid suggestions and encouragement" to continue her research.

Her current role is to assist the president in all matters regarding an upcoming conference for the organization. She said that the president is at a "different university and very competent, so I have very little contact with him."

The part of the SCOLAS presidency she is the most excited about is "taking the conference to, I hope, Guanajuato, Mexico. This is a place the conference has never been held, and a place I have long been interested in for its National Park and archeological significance. I hope to partner with a university there to help with logistics regarding the 2019 conference."

Geni, a Greyhound Grad, began working at ENMU in 1999.

"I got lucky.  Dr. Julia Rosa Emslie, my former professor, called me one summer and said she had been awarded a grant to help bilingual teacher's aides become bilingual teachers. She asked if I would interview for the position of coordinator of the grant," explained Geni, who was asked to remain as a faculty member when the grant ended in 2006.

The instructor, who worked in bilingual education in Carlsbad, New Mexico, and taught Spanish and ESL at Lovington High School for 12 years, said her favorite part of her job is teaching.

"I love teaching. I love my students. I love teaching diversity. I love introducing the importance of native languages. I love training teachers on how to work with students who are learning English."

She enjoys ENMU because it is "small and connected. As a student, I was able to know my instructors. As an instructor, I can know my students."

Geni looks forward to having more international students on campus because that was something she "treasured once upon a time about being here. One could go into a grocery store in this tiny little community and see people from all over the world. I hope to see that day again."

She sponsors two student organizations: AHORA, a Latino student organization, and the NATIVE Club, a Native American organization. She is also a member of the National Association of Bilingual Education, is serving on the State Bilingual Advisory Commission and is a "proud" member and past president of the Democratic Women and Men of Roosevelt County.

Geni was born in Kansas City, Kansas, where she has "no ties at all. My mom was divorced, and in the 1950s this was difficult, so she went to stay with relatives while she had this baby. We returned to Santa Fe after her father's death, and she and her mother and I moved to Virginia where her mother had an aging father. It was there that she met and married the man who became my 'dad.'"

He was in the National Park Services, which took the family from Shenandoah National Park in Virginia to Virgin Islands National Park, to a regional office in Philadelphia, Pennsylvania, to Lake Mead in Boulder City, Nevada, and on to Chalmette National Historical Park outside of New Orleans, Louisiana.

"I have no hometown. Portales is home now," said Geni, whose mother lives in Santa Fe, "a home to me, also."

She has one younger brother, who was born on St. Thomas, an island. He is on the ski patrol in Taos, New Mexico, and a landscaper in the summer. Angie Dickenson, once a well-known actor, is her father's niece.

She chose her field of study based on her "fascination" with languages, adding, "I wish I could have pursued a doctorate in linguistics, but I was raising a family and working as a teacher, and saving for my own children's education, so I did not fulfill that dream."

Geni chose to concentrate on Spanish because of her father's influence.

"As a little kid, we lived on St. Thomas in the Virgin Islands. I heard French being spoken all around me, and I wanted to speak it. Years later, in high school, now living in New Orleans, I came home to proudly announce that I had enrolled in a French class.

"My dad said, 'What for? French will serve you no purpose. Spanish is so much more practical.  It is spoken through much of the world. With your mom being from New Mexico, it is likely we will return there one day, and Spanish will be so much more useful for you.'"

"So, dejected, I went back to school the next day and changed my elective to Spanish. Later, some girls from Ecuador came to our school on exchange and I thought they were the most exotic people I had ever seen! I wanted desperately to be able to talk to them. That was when I vowed to become fluent in Spanish."

Her high school Spanish teacher, Barbara García, was a "huge influence in my life in the way she taught, cared for her students and created opportunities for us to learn."

Geni is married to Gene Bundy, the Special Collections librarian at ENMU, who she calls "the most amazing person in my life.

"Gene keeps me going every day. He makes the coffee, even though he doesn't drink it, and he focuses me and keeps me entertained with his extensive knowledge of everything."

They have three dogs: a 17-year-old named Rosco, an agoraphobic, middle-aged rescue named Marley and a young dog named Reginald, who was born blind.

Geni's son, Jason, is 36 and lives in Raleigh, North Carolina, with his wife, Karen, an alumnus of ENMU, and their two children, Kaden Lucas, 12 and Rylee Cielo, 7.

Geni's daughter, Elena, is 31 and lives in Temecula, California, with her son, Noah, 11.

Geni, who enjoys swimming, reading and traveling, said her favorite place she has visited is Guatemala. She also enjoys traveling New Mexico, because "every corner of the state is interesting and rich in history. From actual dinosaur tracks near Clayton to the Camino Real, to the pueblos to the Navajo Nation, the tribute to Buffalo Soldiers in the Hobbs museum to the diverse views of history in Columbus, New Mexico has it all."

Geni has an ongoing research project related to learning the history of Blackdom, New Mexico, an abandoned town once inhabited by African Americans. "I continue to collect information, talk to people and learn all I can about this settlement," said Geni, who is "fascinated by history."

Another topic she wants to research, "maybe once I am no longer president of SCOLAS and have time again," is connecting the ability to hear syllabus stress to learning styles.

Her awards include "Teacher of the Year" in Lovington and the "Spirit of Eastern Award" at ENMU.

"I think my biggest accomplishments were not my own, but having the opportunity to help my former high school students who were from families of very little means acquire a college education. One now has a Ph.D. in math, and one is an international lawyer," she explained. "Many have done so much with their lives. I was honored to be in a position to push them on."

When asked about her role models, Geni said, "I admire and am inspired by everyone who is willing to take a stand, or a knee, for human rights." 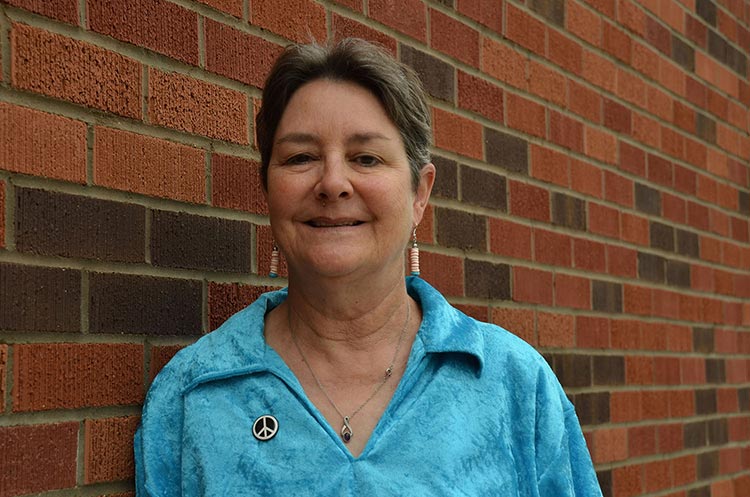