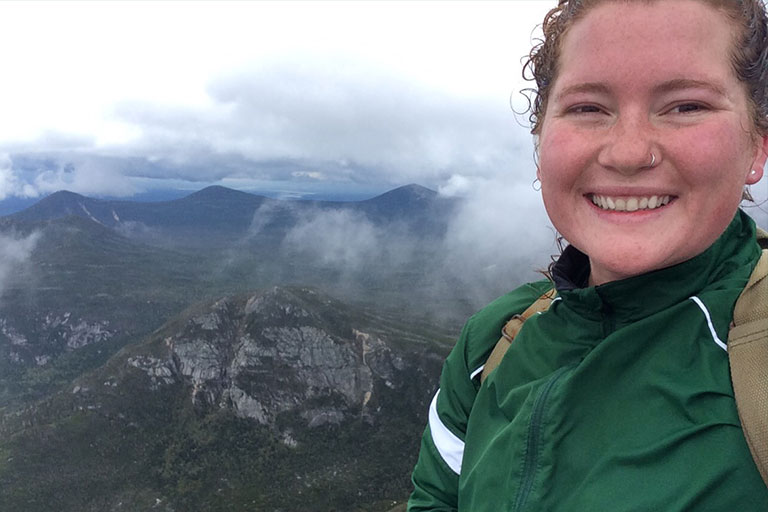 When Melissa SanMartin graduated with her bachelor's degree in political science and a minor in religion from Eastern New Mexico University this past May, she set out on a journey to cross something off her bucket list.

During her final semester at ENMU, she start worked two jobs to save up for her hike of the Appalachian Trail. The trail spans approximately 2,181 miles across 14 states from Maine to Georgia.

While in middle school, she was inspired to create a list of things she wanted to do before she died.

"I went to boarding school for a couple of years, and one year, the staff took a few of my classmates on a three-day hike on the Appalachian Trail. These students were viewed as independent and resourceful leaders," said Melissa.

She planned to hike the trail for five months and saved up at least $3,000 for all her needs. To prepare, she researched and read books, and gathered supplies for her pack, which weighed 28 pounds.

"People actually weren't very supportive. Everyone was concerned about my safety since I was going alone. They all assumed I wouldn't even start my hike," she said.

On Jun. 5, her grandfather drove her to Maine to begin her summit of Mount Katahdin, Maine's highest mountain.

"My career goal is to get a job in the United States Navy that allows me to gain experience in my field. I also want to obtain my master's degree in Middle Eastern Studies… Afterward, I would like to work for a non-governmental organization, such as Amnesty International."

Melissa documented her hike on her blog so that people could see her journey. She says that people were often asking questions about how she afforded the trip and why she chose to travel alone.

"My biggest hope for my blog is to inspire others to take risks and not be afraid to try something new," she said.

Her first day hiking Mount Katahdin was the highlight of her trip. She was nervous because she had never climbed to the peak of a mountain before. The trail is 5.2 miles long [10.4 miles total back and forth].

"Unfortunately, it was rainy and cloudy, so I didn't get a nice view from the top, but on my way back down, the sun came out and I had an amazing view. I had to stop several times to take it all in because was breathtaking," said Melissa.

She ran into a few problems with wind and rain while wearing light layers, achy wobbly legs and a sore body, cold sleepless nights and someone stole cash from her wallet.

After spending a comfortable night in a lodge on her third day, she decided to discontinue her journey.

She learned many valuable things from the journey and realized she was not a thru hiker. Melissa was scared to be viewed as a quitter if she decided to go home.

"Hiking the Appalachian Trail has been on my list for over eight years, but I didn't specify that I wanted thru hike it. I just said I wanted to hike it," she said.

"I like going places for a couple of days, challenging myself, going home and planning my next trip. I like having my busy schedule and being around people I care about.

Melissa learned to listen to body and gut because if she had continued to hike, she could have been injured. She learned there was no need to rush through life by rushing through a mountain.

"The most important thing I learned was that it's okay to take risks. I did not get the results I wanted from the risks I took, but I do not regret them. Since graduation, I have traveled to 23 states, almost all of which I visited twice. Without taking the risks that I did, I would not have been able to explore the country as I have," said Melissa.

In the next couple of months, she plans to spend time hiking closer to home near Pennsylvania in the Cheery Springs State Park, the Delaware Water Gap and Shenandoah National Park. Next spring, she will also be hiking in Jamaica.

"Don't wait for other people. I spent most of my life waiting for others to do things with me and I have missed so many adventures because of it," Melissa advised. "Traveling alone is a wonderful experience." 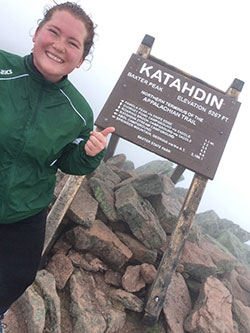 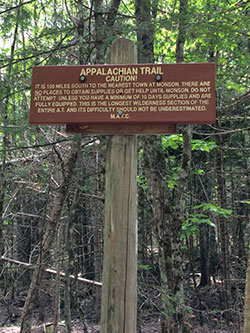 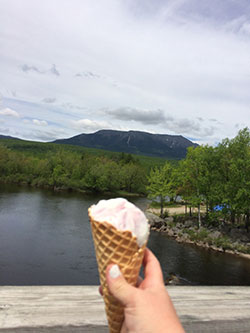