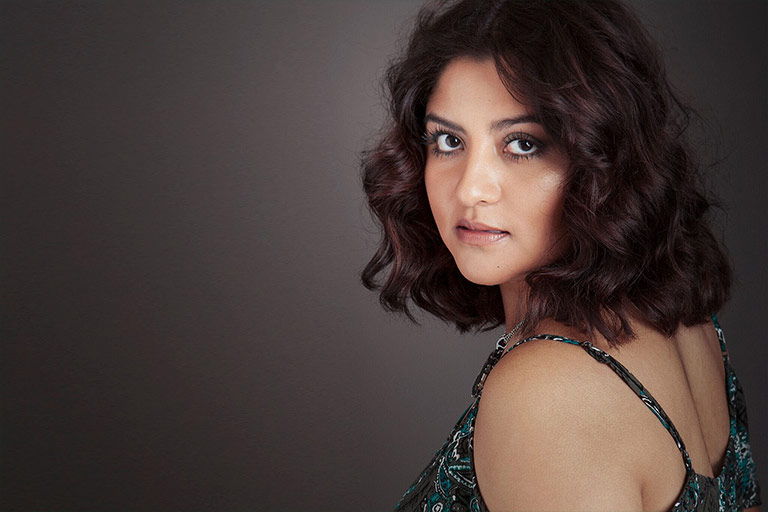 Jennifer Salomon had an eventful December. She not only graduated from Eastern New Mexico University with a bachelor's degree in communication with an emphasis in graphic design but also started her position as the department secretary for ENMU's Department of Music.

The Greyhound Grad was drawn to the role because she was "already very familiar with the building and people. I wanted to do grad school. I knew this position would be a great transition for me after graduating."

She had worked for Dustin Seifert, chair of the Department of Music, as an administrative assistant from spring 2015 to fall 2017. She made copies, took attendance and helped host events.

"It was a fun job. Mr. Seifert has been the best in all aspects. He is the best boss a person could ask for," said Jennifer, who also worked for the La Casa Summer Food program that supplies free lunches for children to eat in the local parks.

Her goal for her role as department secretary is to make Kathi Fraze proud. "Ms. Fraze held the position before me for 10 years," she explained. "So I hope to live up to her standards."

When asked what she enjoys the most about her position, Jennifer said, "I have still not yet lived a full semester in this position, but I think it'll be the people that surround me, for sure."

Her favorite thing about ENMU is the people. "I believe that people can make or break a place. Eastern really has amazing people all around and make the experience incredible. ENMU also stands firmly with student success."

Jennifer was born and raised in Portales. She calls her mother, Marcela Salomon, father, Jose Juan, and two younger brothers, sixth-grader Saul and Jose Jr. (a freshman at ENMU) "the best support group I could have ever asked for. I have been very blessed with the family God gave me."

She recalls how she chose to become a public relations major while attending ENMU: "I was completely clueless as to what I wanted to be. I remember I had gone on a youth group trip the summer before I started college that had changed my life. There had been a female speaker that talked to girls. I thought maybe I would want to do that as well someday.

"I went to Dr. Patti Dobson's office, and she told me maybe I would like public relations. So sure enough, I tried it out to see if I would like it and I ended up absolutely loving it. My career goals have since then changed, but I am extremely happy with the choice of study I chose."

During Jennifer's time at ENMU, she made the Dean's List "nearly every semester," was a drum major for the Greyhound Sound in 2016 and 2017, was awarded the "Outstanding Student in Public Relations" in spring 2017 and was inducted into the Phi Kappa Phi Academic Honor Society in spring 2017.

Some interesting facts about Jennifer:

Her first language is Spanish, and English is her second language. She is "very shy, but when you get to know me I come out of my shell." She is a "firm believer" that one act of kindness causes a ripple effect.

Her hobbies include running, reading and painting. She also enjoys spending time with her family and boyfriend. Her favorite places she has traveled are Ireland, San Diego and going on a cruise to the Caribbean. She called them "very beautiful places."

Her role models are her parents because they have "shown me what hard work is my entire life and have pushed me to always be the best version of myself. They have given me an abundant amount of love and support that I wouldn't be where I am today without them.

"Another person who has helped me every step of my college career has been Mr. Dustin Seifert, from giving me a job and very helpful advice and being a wonderful mentor. I am very appreciative of this man."

She wanted to express how "thankful and blessed" she has been. "Thank you to Eastern for the many opportunities it has offered me. I am so excited to continue with my master's degree in the Department of Communication while I work for Eastern. Many great things are coming. Thank you so much to all who have helped me be where I am today. God Bless."