Ernestina "Tina" Guzman with her "Adventurer Award" from Blue Layer in 2018.

Ernestina "Tina" Guzman, who graduated from Eastern New Mexico University in fall 2017, works as a team lead in the support department at Blue Layer, a managed service provider based in Lubbock, Texas. Tina, who also serves as Blue Layer's HIPPA security officer, was given the company's "Adventurer Award" in 2018.

Tina feels the degrees she earned at ENMU, a Bachelor of Science in Mathematics with a minor in Statistics and a Bachelor of Science in Religion, made her a "more well-rounded employee. I worked on multiple projects [at ENMU] that I presented at several student research conferences that involved programming using Python. I spent a lot of time working on higher mathematics that helped develop my logic skills and critical thinking, both of which can be applied to IT."

She was initially a computer science major with a math minor but found herself more interested in the math and statistics classes offered at Eastern.

"Once I got closer to graduation I found I had more math credits than a minor required so I ended up getting a math degree instead," she shared. "I'm fond of saying I 'accidentally' got a math degree but it's true. I'm working on a master's degree in data analytics which is a nice combination of programming and statistics so I'm really happy with my academic background."

The Greyhound Grad was named the "2017 Outstanding Student in Mathematics" and received several math scholarships during her time at ENMU. She participated in the Summer Community College Opportunity for Research Experience program for three summers as a student mentor and presented her research at the New Mexico AMP Student Research Conference at New Mexico State University.

She was a member of IMEC, as well as the ENMU student chapter of the Association of Computing Machinery, where she served as secretary.

Tina, who previously worked for one of the largest wireless internet service providers in the country, was a supplemental instructor (SI) for math and statistics at ENMU for several semesters.

"The SI program at ENMU is a fantastic program," she said. "The help I received in 'Calculus II' from my SI at the time made such a difference for me that I jumped at the chance to be involved in the SI program. I'm a nontraditional student yet I never felt alienated by anyone whether it be fellow students or professors."

Tina was born in Galveston, Texas and raised in Raymondville, Texas, a small town in South Texas. She chose to attend ENMU "because there is no out-of-state tuition in portions of Texas and ENMU offers an online religion program. Eventually, I moved to Portales and got to enjoy the low student-to-teacher ratio.

"Additionally, all the professors in the math department were friendly and amicable to an extent I hadn't seen in higher education. Actually, that's true of every course I've taken at ENMU, not strictly the math department. The professors have all been very approachable and I never felt belittled because of something I didn't grasp."

Tina's advice to students interested in her career field is to "be patient with yourself and don't be embarrassed to take notes. Don't be afraid to try new things – a career does not mean you're locked into the same thing for the rest of your life."

Her job duties at Blue Layer include resolving escalations from Tier 2, Tier 1 and Front-Line Support, ensuring the company maintains HIPAA compliance when entrusted with sensitive information and coordinating the HIPAA compliance program for clients.

The aspect of her job Tina enjoys the most is resolving issues that require research into the underlying cause.

"Often in IT we are presented with symptoms but not much information about the cause," she explained. "In my role as team lead, I also help train others in the department. It's very gratifying when I see someone take something we discussed and apply it to the current situation."

Her career goal is to "never a reach a point where I'm not learning new things. I hope to continue to be challenged on a daily basis and grow as a person."

Tina lives in Lubbock with her boyfriend and two cats, Lucy and Fisk.

The bulk of the Greyhound Grad's free time is currently being spent on renovating her home. "It's been fun and a complete break from the norm for me to do things like mechanically preparing concrete floors, pouring epoxy and painting," she explains. "While at times it has been frustrating, overall I am enjoying the experience."

She also enjoys reading: "I usually spend my lunch breaks at the office reading a book. Lately, I've been reading predominately science fiction but I spent most of the spring on fantasy."

Her volunteer work includes serving as a distributed proofreader for Project Gutenberg, an effort to digitize and archive cultural works, and donating to the Electronic Frontier Foundation, an international non-profit digital rights group.

Curious to know an interesting fact about Tina? She is the youngest of seven children and most of her siblings are about 20 years older than her.

Her role model is Captain Picard of "Star Trek: The Next Generation."

"Picard can be counted on to stick to his morals and ethics," she shared. "I admire his strength of character, his commitment to his beliefs and his ability to integrate new experiences into his worldview. Episodes like 'The Drumhead,' 'The Measure of a Man,' 'Who Watches the Watchers,' 'Peak Performance' and 'Samaritan Snare' come to mind." 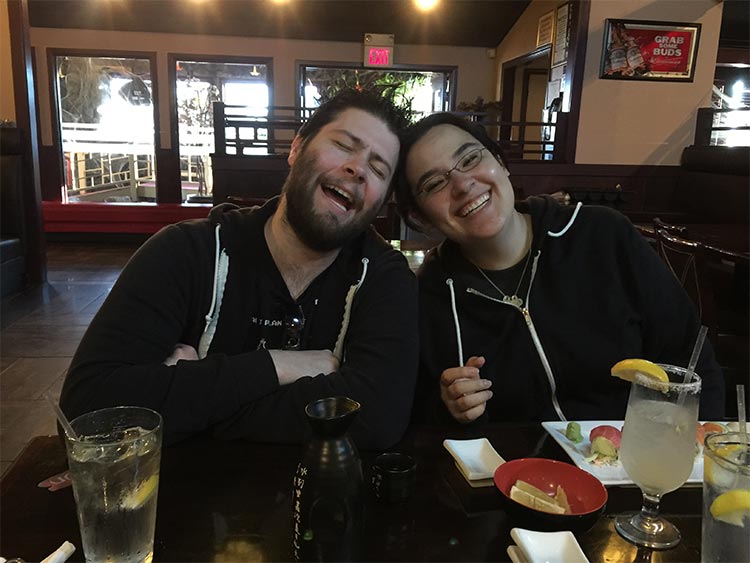