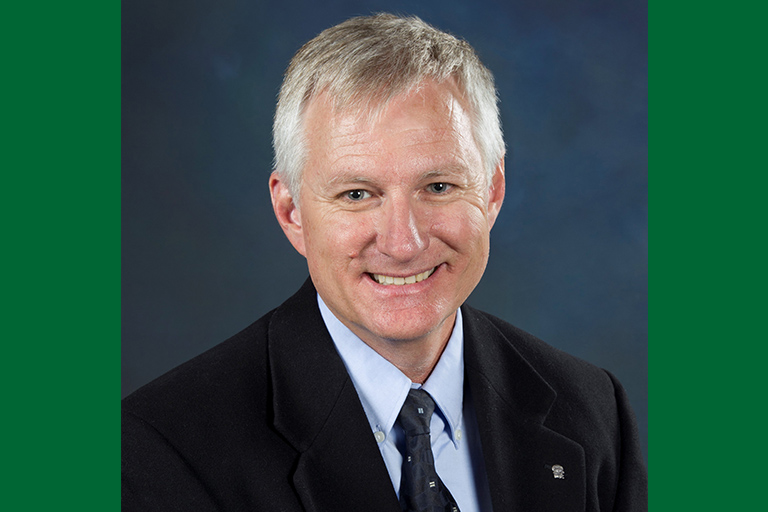 Dr. Craig Leasure, who received his master's degree in chemistry from Eastern New Mexico University in 1982, started his role as vice president of the Office of the National Laboratories (UNCL) at the University of California (UC) last month.

UNCL, which operates within the UC Office of the President, plays a central role in managing the University's prime contract administration and governance at Berkley Lab and for the University's governance of Los Alamos National Laboratory (LANL) and Lawrence Livermore National Laboratory (LLNL) as a member of the two limited liability companies that manage the national labs.

"For all three national laboratories, UCNL assures that the UC Regents and the Office of the President have the information needed to effectively execute their responsibilities related to science, technology and engineering (ST&E) excellence and operations and business (O&B) compliance and best practices while limiting the University's liability exposure," explains Dr. Leasure.

UCNL connects the national laboratories with University resources, including research and collaboration opportunities, as well as business and operations expertise. "UCNL's role is essential in keeping UC senior management well-informed regarding performance at the UC-affiliated national laboratories," he says.

The University has been associated with leading National Laboratories since 1931. "We follow three guiding principles in this role: public service, commitment to research excellence and integrity and commitment to education," Dr. Leasure shares.

Los Alamos was operated solely by the University of California from 1943 until 2006.

"I was a UC employee for the first 15 years of my career at LANL. I have tremendous respect for the University's role in the leadership of these Laboratories. I was recruited by the VP at the time, Kim Budil," says the vice president, who held many leadership positions at LANL since 1990, culminating in the principal associate director for operations and business from 2015-18.

Dr. Leasure, who was a group leader and department manager for NASA White Sands Test Facility from 1986-89, started at UC in 2018 as associate vice president for UNCL. His goals for his new role as vice president are to "ensure that the three Laboratories perform well, improve collaborations with the 10 UC campuses, five medical centers and UC Agriculture and National Resources, and provide opportunities for UC students to interact with the laboratories."

He says the quality of people at the University of California and the National Laboratories is "amazing."

He enjoys "interacting with them and helping the Laboratories be successful, and continuing to keep the connection to the University vibrant."

When asked about his career goals, Dr. Leasure explains that he has "already achieved a lot in my almost 29-year career at Los Alamos. This UC role is my last job, and I intend to provide the environment that enables the National Laboratories to excel in their respective missions and keep those exceptional National Laboratories successful into the future."

Dr. Leasure was born in western Pennsylvania and grew up in Florida. He developed an interest in chemistry thanks to his college freshman chemistry class in the late 1970s.

Before attending Eastern, he earned a bachelor's degree in chemistry from Florida State University. He decided to "look west" for his master's degree and became interested in ENMU after his correspondence with Andy Wang, who was the department chair at that time.

Dr. Leasure, who received a Ph.D. in analytical chemistry from New Mexico State University, shares how attending ENMU helped prepare him for his career: "The master's program gave me a chance to mature and to learn how to do research independently. Also, the graduate program was designed to teach you how to learn on your own for the rest of your life."

During his time at Eastern, he served as a teaching assistant in chemistry. He also worked for the University in the facilities maintenance department during one summer to earn money to continue his master's education.

He shares that is advisor, Don Averill, was an "excellent mentor and encouraged me to try many things and gave me a significant amount of independence to pursue my research.

He made two great friends who were also students in the chemistry program: David Baker and Bill Baker.

The Greyhound Grad's advice to students interested in his career field is to "get involved in as many topical areas as you can. I believe that it is important to develop skills in diverse areas, not just be an expert in one thing. Recognize that being a scientist or leader of scientists and others is extremely fulfilling. I have always strongly encouraged folks to pursue graduate degrees in their fields. The one thing that will always benefit for the rest of your life is education."

One of Dr. Leasure's main influences was Bret Knapp, his former boss at Los Alamos. "He was my role model and friend. He taught me that you need to be direct in leading people while realizing that you don't have all the answers," he shares. "I was also influenced by three former laboratory directors at Los Alamos: Mike Anastasio, Charlie McMillan and Terry Wallace."

Dr. Leasure lives and works in Oakland, California, but he and his wife of over 33 years, Beverly, have kept their permanent home in Los Alamos, New Mexico, where their dogs and horses live. Their 29-year-old daughter, Kara, is married and completing her Ph.D. in biomedical science at the University of New Mexico.

The University of California is comprised of 10 campuses, five medical centers, three affiliated national laboratories and a statewide agriculture and natural resources program. The UC system has more than 280,000 students, 227,000 faculty and staff, an operating budget of $36.5 billion and two million living alumni.