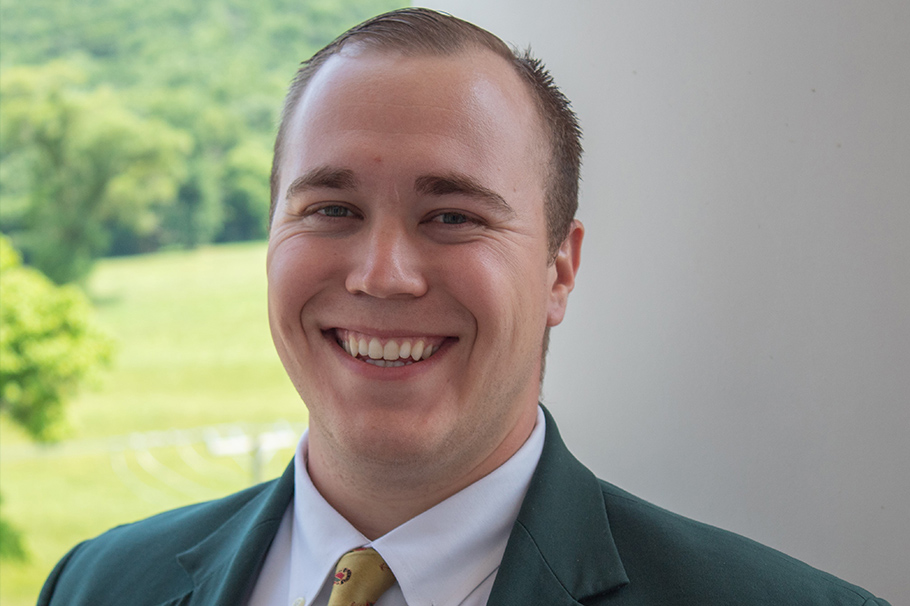 Tyler W. Herring, who graduated from Eastern New Mexico University with a bachelor's degree in criminal justice and psychology in 2017, was a dedicated member of the Theta-Zeta chapter of Kappa Sigma Fraternity during his time as a student. That dedication led to a professional career in the organization as Kappa Sigma Fraternity's director of Fraternity and Expansion, where Tyler leads a team of regional sales managers who oversee recruitment on over 300 college campuses across North America.

"Kappa Sigma obviously has played a pivotal role in my life, and this gave me an opportunity to grow my leadership skills while working with undergraduates who want a better college experience," says Tyler, who was recognized as one of the top 25 undergraduates in the organization across North America by winning the John W. Ryan Leadership Circle Award.

His favorite part of the position is "making connections and relationships with young men who are leaders on their campus."

The director, who previously worked as a field claims representative at Los Angeles Property, offers the following advice for students interested in his area of work: "It's all about relationships and making a genuine connection with people. That's for any career field."

Tyler explains that ENMU prepared him for his profession by teaching him "how to be accountable for my actions and always be learning.

"Eastern is where I had the best four years of my life. I really matured and became a leader on campus. I was continually challenged to be better and given opportunities to work with my peers on large projects," he shares. "The best memory I have is helping out with the annual Eastern in Action event, making a difference with my best friends."

He chose to attend ENMU because he received a "good academic scholarship," and the University was close to his hometown, Roswell, New Mexico.

The Greyhound Grad was named to the ENMU dean's list several times and worked in Duplicating Services with Coordinator Wanda Newberry and Goldie Russell, a duplicating and print specialist. "They were like my family in college," he says.

Tyler's career goal is to "continue to grow and be able to provide for my family," which includes his mother, Alison Herring, and his 5-year-old sister, Reagan Herring.

When asked about his role models, Tyler shares, "I have been lucky in my life; I have multiple role models, but my biggest role model is my mother."

Tyler's hobbies include sports and traveling.