Homecoming Queen Crowned Over 40 Years Ago Returns to ENMU to Take Part in Homecoming 2021 Parade, Reflects on Career in Education and as a Senior Diplomat for the U.S. Department of State 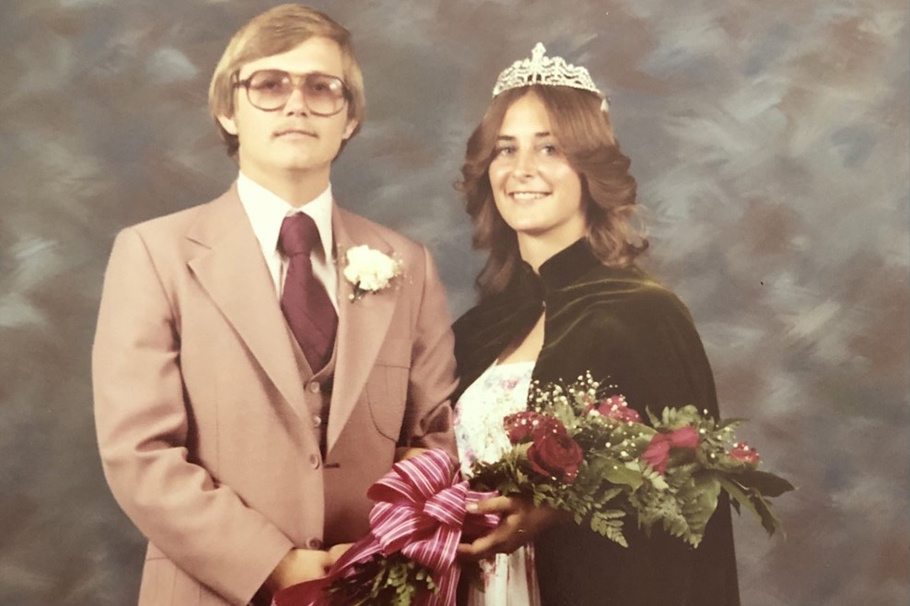 Sherry 'Gwyn' (Dean) Buzzell when she was crowned as Homecoming Queen in 1981. She escorted by Steve Smith.

Greyhound Grad Sherry 'Gwyn' (Dean) Buzzell returns to Eastern New Mexico University this week to celebrate Homecoming over 40 years after she was crowned as Homecoming Queen in 1980. She will be participating in the Homecoming Parade this weekend and enjoying other festivities.

Mrs. Buzzell, who received an AA in Business, an AA in Religion and a BA in Education from Eastern in 1984 after receiving a Friends of Eastern scholarship, discusses her Homecoming experience and illustrious career as an educator and a senior diplomat to several countries, including Sweden, the Netherlands, Belgium and France.

Describe your homecoming experiences as a student and what you are looking forward to in terms of attending this year's Homecoming.

It was remarkable that a sophomore, who was being sponsored by a faith-based organization, could become homecoming queen (1980). I was amazed at the effort and time that Ken Carlson and the rest of the Baptist Student Union (BSU) committed to realizing my, our, selection as Homecoming Queen. The comradery of the BSU was inspiring.

All of the events around Homecoming were so much fun, but the most vivid and memorable was the crowning, and the effort that my mom and sisters made to cross the state to attend.

I am looking forward to reconnecting and reminiscing with old friends around Homecoming and watching the student body as they participate in events this year.

I have been in touch with Dana (Ross) Ware who was Homecoming Queen in 1981.

She was also sponsored by the Baptist Student Union. We both rode in the parade together 20 years ago. She will be riding with me again this year.

I am thrilled to be riding with Dana as we have been the only two elected Homecoming Queens, as far as I know, who were sponsored by the BSU. Even after not seeing each other for 20 years, our friendship continues.

What did it mean to you to be named Homecoming Queen?

It was very humbling in one regard, and inspiring in another, that our group (BSU) was supported by the student body.

The people from the Baptist Student Union had a significant positive impact on my life. Through the BSU, I participated in the Summer Missions program, first in the inner city of Louisville, Kentucky, and the following summer in the inner city of Detroit, Michigan. Playing volleyball my freshman year was enjoyable, as well as being active in the athletic community. My French classes with Dr. Margaret Willen, along with my Bible classes of Old Testament Prophets and Life of Christ, were my most enjoyable classes

I wanted to have work flexibility while having a family. Because my mom worked full-time, we always had a babysitter as very young children. To be free on weekends, holidays and summers for my future children was appealing to me.

I attended ENMU from 1979–1984. I had work-study at the BSU and cafeteria; attended BSU; was on ENMU volleyball team; refereed junior high and high school volleyball in the area; took stats for the ENMU men's basketball team, and was the intermural director for the BSU.

After graduating, I was an elementary school teacher for four years in Bloomfield, New Mexico, and Sonora, Texas. While in grad school over the summer, I met my husband, who was in Navy pilot training. We married and shortly thereafter started a family as we moved to the Southwest coast of Spain, where he was posted to fly missions in the Mediterranean region, Africa and the Middle East. So, my career took a pause until our youngest started school while we were living in Oklahoma City.

I returned to the classroom for another eight years in Oklahoma and Rhode Island, where my husband was a professor at the US Naval War College. In 2005, we moved to Stockholm, Sweden, and I began working as the U.S. Embassy community liaison officer (CLO), advising the ambassador on embassy and external community issues as well as coordinating activities and events at the embassy and diplomatic community.

While we lived in Bahrain, I assisted the U.S. Embassy and Middle East Commander in coordinating bilateral and multilateral meetings for Secretary of State (Hilary Clinton) and the Commander U.S. Central Command, David Petraeus, during Middle East geopolitical engagements around the Manama Dialogues. While assigned to the U.S. Embassy in Paris, I assisted with many high-level visits to include two by President Obama, as well as advising and interpreting for high-level meetings.

I retired from the State Department in 2018, following our last assignment overseas at the U.S. Embassy in The Hague, Netherlands, and Brussels, Belgium. I never imagined that the skills I learned here at ENMU would be so important to success in foreign service and diplomatic engagements.

I was fortunate to use my language skills advising and interpreting at the highest level of government. It was a privilege to represent our country in countless State events with our president, secretaries, foreign heads of state and nobility. Some of the most memorable events included the 70th anniversary of D-Day in Normandy, four days of events around the 30th Anniversary of Prince Albert's reign in Monaco, to being a host at the Noble Prize Luncheon and dinners/events in presidential and nobility residences.

My education at ENMU gave me skills that were very helpful in engaging in the foreign diplomatic environment. Language training provided me the opportunity to advise and interpret at all levels of U.S. and foreign engagement. Even being selected as Homecoming Queen helped give me confidence when engaging in State events.

Hard work and dedication to whatever field one chooses is the secret to success. Be a positive influence for others and honor the LORD in all you do. There are some incredible people out there.

Which awards have your received?

I was the recipient of the U.S. Department of State Meritorious Honor Awards and was elected president of Diplomatic Associations.

I was active in many organizations and volunteered with many causes at every place we have lived over the last 33 years. Since retiring and settling in Texas over the last year, we have not 'gotten out' until the current environment improves.

I was born and raised in Farmington, New Mexico. My father was an oil rig troubleshooter, and my mom did clerical work. I studied French and played volleyball in high school. My husband retired from the Navy in 2018 after serving 34 years as a pilot and diplomat.

We have two adult children; both attended a boarding school in Sweden for high school, and they went to college and grad school in Missouri and Washington, D.C. Our daughter works in the Pentagon as a senior consultant on the Joint Staff. Our son is married and living in St. Louis. He works in mortgage finance and is an author of numerous fantasy LitRPG and science fiction books.

I have been privileged to participate in several historic events with heads-of-state, royalty and foreign diplomats. I have met many people with whom I have been able to discuss some of the most pressing issues of the day. Some events really stand out when everyone is relaxed and just enjoying the moment; from sitting with the king and royal family during the Amsterdam Royal Philharmonic orchestra playing the soundtrack to Pirates of the Caribbean while watching the movie on the big screen on a raft in Amsterdam Harbor to interpreting for Prince Charles and U.S./French dignitaries over lunch on a British warship in the English Channel, or just discussing the challenges of presiding over, and weighing in on major court decisions with RBG.

I really have been blessed for each and every opportunity presented to me. Even though I have enjoyed living in other countries, it is clear that there is no other place on earth that has the freedoms we have, and no country takes better care of its people than here in the United States of America. May GOD continue to bless America.