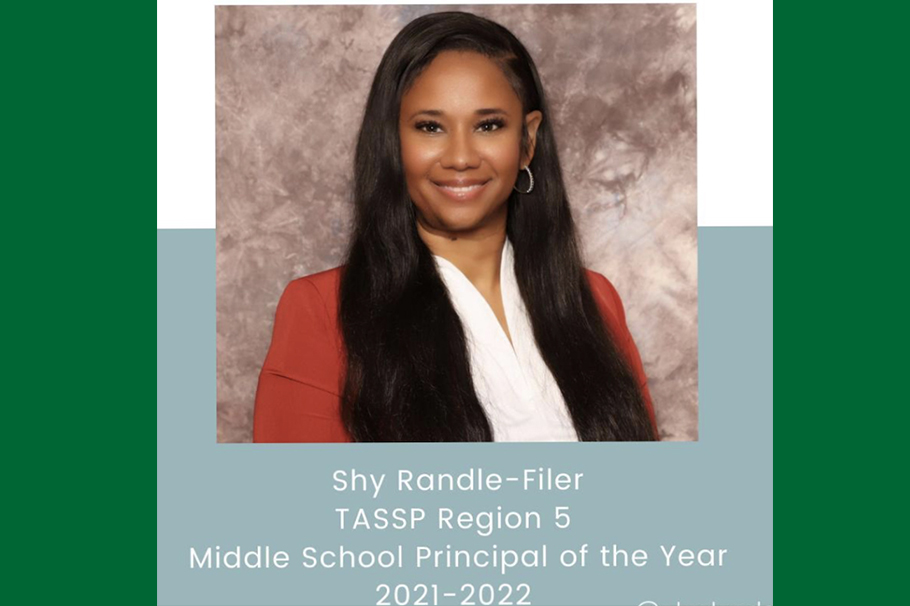 Shyulanda Randle-Filer, who graduated from Eastern New Mexico University with a Bachelor of Science in Physical Education in 1996, was named the Texas Association of Secondary School Principals (TASSP) Region 5 Middle School Principal of the Year for 2021-22.

The principal of Vincent Middle School in Beaumont, Texas, discusses her award, career and time as a student at ENMU.

What did it mean to you to be named principal of the year by the TASSP?

I was elated, grateful and thankful to be nominated and win. It was good to know that the work I'm doing with my leadership team is noticed on a larger scale in a positive way. Also, to share the honor and prestige with my school district, students and parents is the ultimate.

What inspired you to become a principal?

I'm inspired by knowing I play a major part in creating a better community in which I live, and what better way to do that by educating students, parents and teachers to work together. A principal's role is to inspire all stakeholders to create a safe and successful academic educational environment to grow the future of our community and society.

Tell us about your job duties.

I promote a safe learning environment for all. As the instructional leader, I implement a successful learning community, hire faculty and staff for school positions, assign and work with the counselor to identify students to create a positive social emotional environment for success, communicate District and State Goals for STAAR mastery for all students, create the budget for educational support, staffing and student success and promote/assess curriculum and state scores.

To see Vincent Middle School turn from a punitive climate and culture to building positive relationships. Our students love to come to school, and it shows; our parents tell us all the time. This is major, to know it's becoming a campus normality.

What are your short- and long-term goals?

My short-term goal is to graduate this spring 2022 with my doctorate from Texas A&M University-Commerce. My long-term goal is to bring my campus ratings to an "A" and "Academic Distinctions" within the next two years. We're currently a "D."

Tell us about your career journey.

I was a student advisor in the Black Affairs Office at ENMU; a teacher and assistant volleyball, basketball and track coach at Odessa High School; then transition to Clifton J. Ozen Magnet High School as head coach for volleyball and softball, assistant to basketball and track along with department head and District curriculum writing for Health and Physical Education. Begin my administrative duties as an Assistant Principal at Ozen for 2 years then moved to West Brook High School for 7 more years before becoming a Principal at Smith Middle School to Vincent Middle School with in 4 years.

Always have a positive attitude and growth mindset. These characteristics will take you far. It's okay to make mistakes.  Be thankful for the mistakes to grow yourself because they make you a better person.

As a child, I knew that I would work in a profession with children. Every time I went to a doctor's appointment or near other children, I felt compassion and empathy for them. I didn't have to know them previously. It was something inside my heart that allowed me to look beyond, even as a child myself.

Eastern provided the academic knowledge and experience to be confident in my role as an educator and constant learner. My professors were dedicated to my success and cared about ensuring they were giving us the best education.

Tell us about your Eastern Experience.

I received a volleyball scholarship and, when I injured my knee badly, I received a scholarship from the University president. In addition, I became the student advisor of Black Affairs during my junior and senior years.

Furthermore, I was the first person in my graduating class to receive my teaching contract before graduation. I went to Odessa, Texas, for springbreak and interviewed and was hired before I walked across the stage. I served on the Diversity Committee at Eastern for two years and was a speaker for a symposium focused on teens against violence. In addition, I was the student advisor that originated the MLK monumental tree on ENMU campus with Mr. Oscar Robinson.

The person that stood out and provided guidance was the personnel/HR directorat Eastern, Mr. Oscar Robinson. He always gave great advice in regards to being the best you and knowing who you are and believing in yourself. I continue to liveby those standards.

My role model is my mother, Deanah Randle. She raised my brother and I, as a single mother and instilled that we hold God first and be kind to others regardless of the situation. We must always look at the glass half full and not empty.

Which organizations are you involved in?

Spending time with family and friends on the road in RV and running our family business: Randle-Filer's Tax Office and Rental Properties.

I truly love making others smile; it comes easy, and it's a gift.

Is there any additional information would like to have included?

My campus was awarded the National PTA School of Excellence 2020-2022. I have been nominated for the following this year by parents and peers: HEB Excellence in Education Award, Outstanding Principal and Texas PTA Educator of the Year. 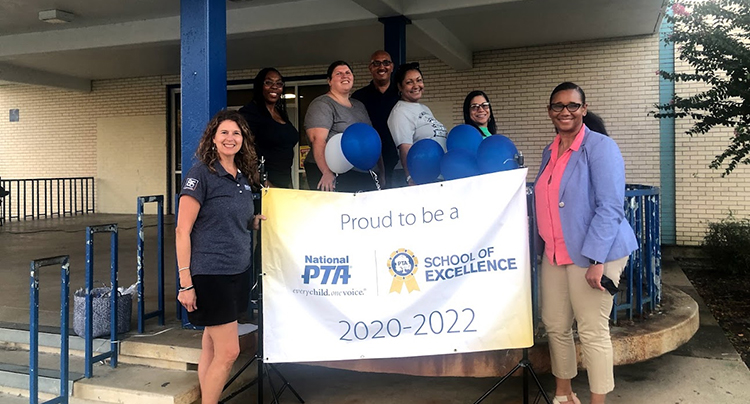