ENMU Presenting "Beauty and the Beast: A Radio Opera" 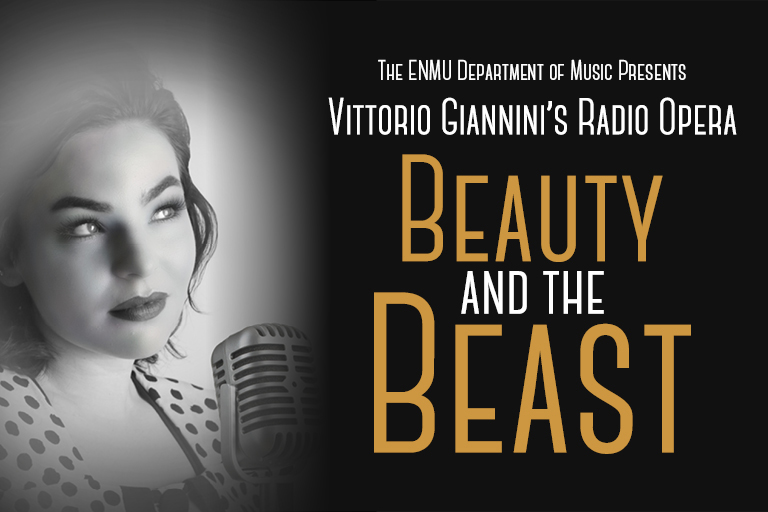 Beauty and the Beast: A Radio Opera

Performed in English, the one-act opera follows the original French fairy tale of a prince cursed to a life of ugliness and anguish, redeemed by the love of a beautiful peasant girl. The 35- to 40-minute opera was originally commissioned by the Columbia Workshop radio series and premiered on the Columbia Broadcast Radio Network on Nov. 24, 1938.

Sherwood said the inspiration to perform the radio opera came to him as he and his colleagues were seeking a production the music and theater students could perform safely under COVID protocols. A concern was the latency that makes most conferencing platforms such as Teams, Zoom and Facetime unsuitable to present live musical theater in a virtual setting.

"We were able to find a program called SoundJack, which creates peer-to-peer connections between computers and solves the latency issue," Sherwood said. "Now, each student and faculty member can collaborate in real time from the safety of their own studio."

"As I researched this technology, it made me think about another audio-based technology from the past: radio," he added. "In the 1930s and 1940s, radio operas were quite popular throughout the U.S. and abroad. Major broadcasting networks commissioned composers to write operas specifically for radio broadcast."

"Beauty and the Beast" is one of those commissioned works. Giannini's lush harmonic content and soaring melodies beautifully capture the drama and whimsy of this famed fairytale.

"This opera has something for everyone: Drama, passion, comedy, beautiful music, and a familiar story. It is only 30 minutes in length and will leave you wanting more," Sherwood said. "I encourage the audience to think about this as the operatic equivalent to the modern day audio book. Just sit back, relax and allow your imagination to paint the picture."