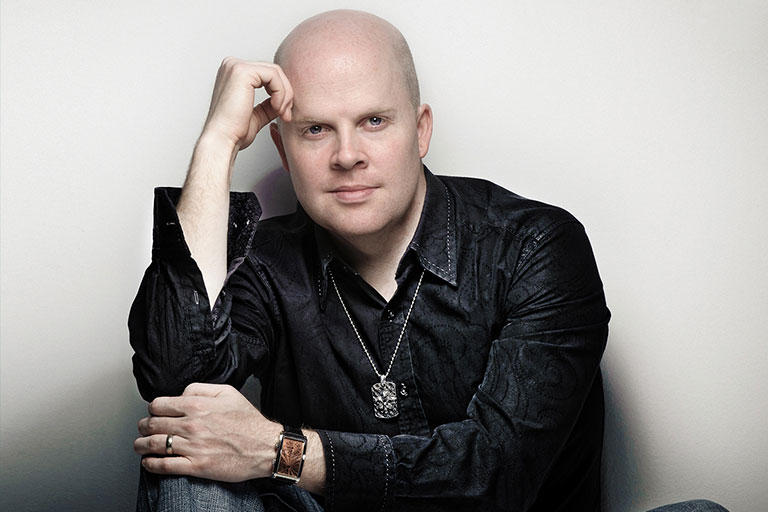 Robert Smith will give a presentation on today's digital landscape on Feb. 1.

Greyhound Grad Robert Smith, who has transitioned from a career in magic to speaker on digital communication, will address students on campus from 6-7 p.m. on Thursday, Feb. 1, in Buchanan Hall in the Music Building at Eastern New Mexico University. It is free and open to the public.

The presentation, an in-depth look at today's digital landscape, is titled "Social Media 434."

Mr. Smith says he will "dish out real-world knowledge on digital communication, why right now is the greatest time to be alive and why everyone can use these digital tools to grow a business, build a personal brand or advance themselves into the career they want."

The presentation will not involve selling.

"I have no course or eBook or anything to sell. The knowledge I bring to the table is from years of experience and is free. My goal? For one to three people in that room to send me a message in three or four years and tell me they executed the ideas in this talk and it changed their life," Mr. Smith said.

He began speaking a year ago after observing trends in digital marketing and realizing many fairs (the main market his company serves), small businesses and brands were grossly underestimating the value of social media and digital communication.

Mr. Smith has been "sharing his knowledge and developing his personal brand for the last 12 months."

He says he still has a long way to go and wishes every 18 to early 20-something understood that it takes massive amounts of patience to build long-term success.

"I'm 38 years old. If even two or three of them understood how incredibly young they will feel when they're my age, it would dramatically change how they view the world."

Mr. Smith began performing magic for fairs in 2004. In 2012, he debuted a new attraction called the Conjurer Fortune Machine.

"It was unlike anything I'd done before. It was a character performance, not a 'me' performance. It became so successful that I literally put my own magic show out of business. Last year I announced Robert Smith Presents would no longer offer a magic act to fairs or corporate partners."

"Because of that, I've become much faster executing on business and personal brand development."

Mr. Smith says his ultimate career goal is to leave a legacy for his son to see that his father put in the work to build something he believed in. He wants that legacy to inspire his son to chase his dreams.

He graduated from ENMU in December of 2001 with a bachelor's degree in communication with an emphasis in television production. He was in the first graduating class under former president Dr. Steven Gamble.

Since graduation, in his 20's he fought the development of chronic psoriatic arthritis. In his 30's he became a father and started building his business. In his late 30's he realized how important legacy was and began growing it.

Reflecting on his ENMU experience, he would have been "dramatically more patient and not have complained in the ways I did.

"The time I spent on campus worrying about other people's opinions ultimately made me unhappy and uncertain about myself. That opened the door to me complaining about stupid stuff.

"Oh, the video editing system was down. Complain.

"Don't like how the professor spoke to me. Complain.

"Didn't like some of the things that went with being an R.A. Complain.

"It's such a waste of time. And that's the real tragedy of not being patient and complaining. Time is our most valuable asset. I will never get a second chance at my late teens and early 20s. So I feel like the most valuable thing I can do is share that knowledge and hope that even one person hears it and makes a change for themselves."

When not working, Mr. Smith and his wife, Sara, enjoy spending time in the mountains in Durango, Colorado, and scuba diving in Key Largo, Florida.

He says he has been fortunate not to have experienced death yet among those closest to him. His parents are both alive and still married after 46 years.

"I haven't had to face death yet in the way so many of my friends did growing up. When you have a perspective like that, it's difficult to waste time dwelling on the past because, for me, the saddest moments haven't happened yet."

Mr. Smith was born in New Jersey and raised in New Mexico. His father is a retired Episcopal priest.

"I think so much of my empathy for others comes from him. Growing up I watched him deal with people in crisis with so much compassion," Mr. Smith said.

"I remember various occasions growing up being awakened in the middle of the night to the sound of the telephone ringing. For the youngsters reading this, we used to have telephones that could literally wake up everyone in the house when they rang. But the phone would ring and I could hear my dad talking and say something like, 'Okay, I'll be there shortly.'

"Then, within minutes, he would be up, and I'd hear him drive away in the car. It wasn't until I was a teenager that I realized those calls always meant someone in the church was in crisis. There'd been a death or medical emergency of some kind and my dad, in the middle of the night, sometimes in the cold of winter, would leave his family and the comfort of his bed to provide support and comfort to others.

"That's empathy. That's compassion. And it has stuck with me forever."

Mr. Smith has been married 13 years in June. His wife is a Southern Mississippi grad.

While a student at ENMU, he participated in the Walt Disney World College Program in early 2000, where he met Sara. They were married in 2005 and welcomed their son, Nate, in 2010.

Mr. Smith said, "Whether it's through my career or not, I want to inspire people to be more patient, more grateful and to choke out their excuses. That's the path to being happy."

Mr. Smith says "gratitude" is the word that most informs his life.

"When you're grateful for everything around you, you win. It's just super simple. No matter how daunting the task or how difficult the mountain to climb, be grateful."