Cash Chose ENMU Because It's Affordable 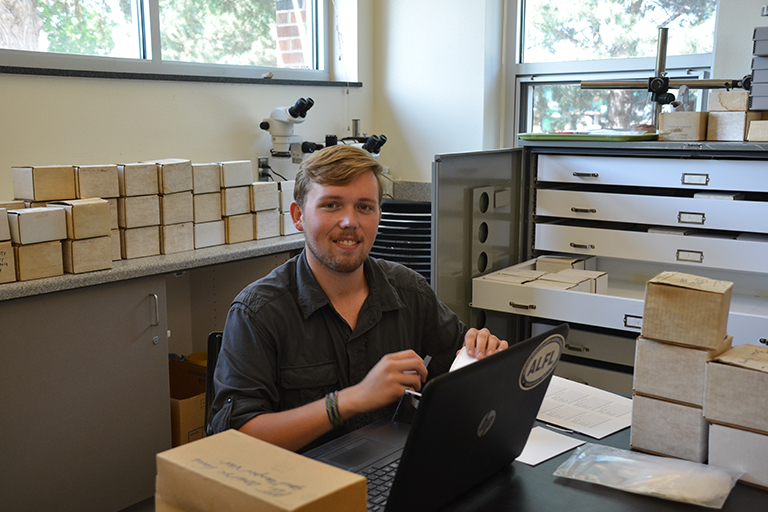 Cash's passion for archaeology began in 2007 with a trip to Egypt. He followed his passion to ENMU where he is working toward a degree in anthropology.

Cash Chose ENMU Because It's Affordable

By Ashley Galloway | Communication Services May 26, 2017

Cash Ficke chose Eastern New Mexico University because it was close to home and affordable.

He grew up in the small community of Lincoln, New Mexico, with his parents. He had a rough upbringing, but his grandmother greatly influenced him.

"I always looked up to her and loved hearing the stories she would tell," he said.

After his grandmother fell seriously ill in 2007, she recovered a year later. She then took Cash to Egypt, a place they had always wanted to go. It was there he discovered his passion for archaeology.

He was one of the 11 graduating students in Hondo High School's class of 2015.

The senior is majoring in anthropology with an emphasis in archaeology. He plans on attending graduate school after earning his degree from ENMU.

Because his grandmother has been the most prominent figure in his life, he hopes to make her proud by earning his degrees before she passes away.

He has been on the Dean's List and has earned several scholarships which have paid for his degree.

Cash feels that his degree from Eastern will pave the way toward his career as a contract archaeologist and help him be able to teach university courses one day.

Ideally, he hopes to add something to the archaeological record that hasn't been discovered yet.

The 20-year-old recommends ENMU to future students for its affordability. He also loves the one-on-one experience with faculty, who were the "best part" the Eastern experience.

"Dr. Putsavage, Dr. Durand and Dr. Smith have all been amazing teachers as well as friends and colleagues in the field," he said.

In his free time, he enjoys mountain biking, off-roading and spending time alone in nature. He hopes to eventually retire and buy a plot of land to live on in Egypt.

For anyone considering an anthropology degree, he suggests stopping by the department. "Everyone will be friendly and helpful," he said.