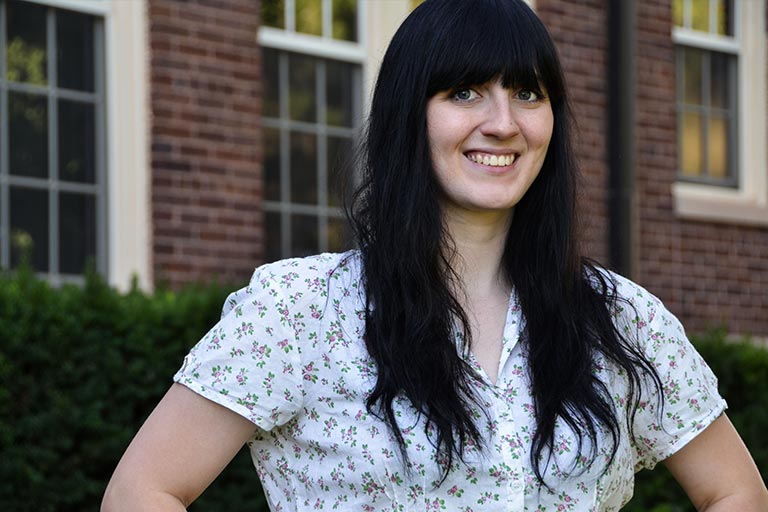 "I have always dreamed of getting an Oscar for a film I have directed," says Sydney Henderson, an ENMU student majoring in digital filmmaking major with a minor in theater.

Sydney Henderson, who is majoring in digital filmmaking major with a minor in theater at Eastern New Mexico University, takes classes on-campus and online. She chose ENMU because it was "affordable, away from home and had the program that I was looking for."

Her friends are "definitely a huge part" of her experience at ENMU. "I have never connected so well to a group of people. They motivate and encourage me in my classes and life."

Sydney, who graduated from Harding Charter Preparatory High School in Oklahoma City in 2015, recommends ENMU because it is a "smaller campus with professors who are close to their students and available when you need them to be. I believe that is a very important aspect of a good education."

The daughter of Salena Etzler and Scott Henderson was born and raised in Oklahoma City for 18 years.

Her parents are divorced, but she grew up in both of their homes.

"My father is a muralist and a painter, so I was always surrounded by art and artists of all types," said the Dean's List honoree. "My mother is an incredible photographer. She is the reason I fell in love with being behind a camera."

"My half-brother and half-sister are several years younger than me, so they are just beginning to get to an age that we are able to connect. My older sister, who is 23, was put up for adoption as a baby, but we have been in contact my whole life. I met her when I turned 14-she was 18-and then four years later I moved to Clovis with her. We have a very special and unique relationship that I cherish. She works as a photographer and a painter so we love to be involved in each other's projects."

"I have many goals that I would like to accomplish," Sydney said. "To get them all done would probably be impossible. For one, I know it might sound like a really far out-of-reach goal, but I have always dreamed of getting an Oscar for a film I have directed. I think that would be the ultimate goal. If not, at the least, being recognized for my future works would be really incredible. I have also juggled the idea of having a career with National Geographic."

Sydney also hopes to visit as many countries as possible. She loves to travel and also would love to learn how to harvest honey.

"Even if none of my goals get accomplished, having people who love me and make me laugh would be more than enough," Sydney said. "Their recognition and support of what I want to do in life, whether I succeed or fail, is all I need."