ENMU Management Student Wants to Own a Recording Studio 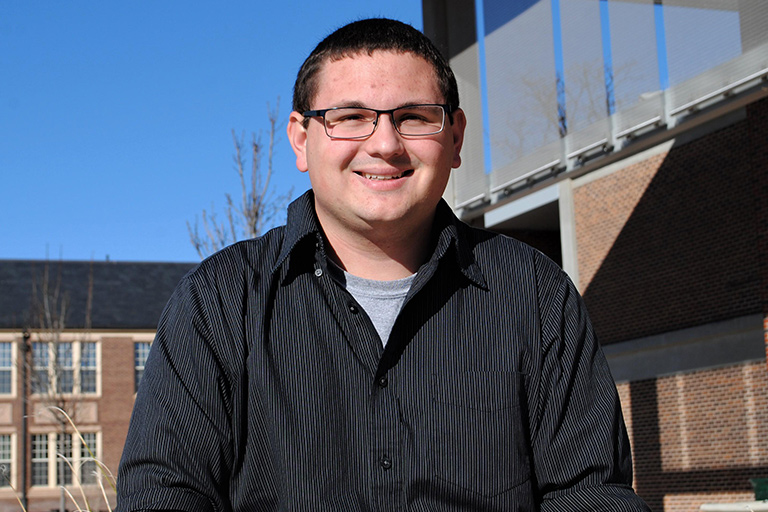 ENMU Management Student Wants to Own a Recording Studio

Ian Hausenfleck, who plans to graduate with a bachelor's degree in management with a minor in music technology from Eastern New Mexico University this spring, hopes to open his own recording studio to work behind the scenes in the music industry.

"I have always loved music. I decided on this major so I could work in the music industry from the business side. I plan to get a Certification in Music Business after I graduate from ENMU. My ultimate career goal is to own my own recording studio," Ian explains.

Ian, who has been on the Dean's List every semester since his freshman year, tells other students with his degree path: "Work hard and don't be afraid to be challenged. If you put in the time, you will see the results."

Multiple professors in the business and music programs at ENMU have made an impact on Ian's education. He specifically credits Dr. Bob Schneider, assistant professor of management, as an influential mentor he has had throughout his college career.

The Greyhound doesn't have a favorite course, as he feels they have all been extremely beneficial to him. He states, "I have enjoyed all of my classes. Even the hard classes were fun because I was challenged. My music minor courses have been great as I get to create pieces of music and edit them. I have definitely learned a lot here at ENMU."

Ian's parents and sister attended the University of New Mexico, but he decided to embark on a new adventure by choosing to go to Eastern instead. "I decided I wanted to see a different part of the state. I am used to mountains, so coming to Portales was definitely a shock," Ian says. "Nevertheless, I have really enjoyed my time here. In addition, I will graduate without any student debt."

Ian, who is a member of Delta Mu Delta, shares, "My favorite part about being a Greyhound is all the connections I have made with everyone."

The senior works in the Department of Languages and Literature. His office in the Jack Williamson Liberal Arts building is his favorite place on the Eastern campus. "I have spent several years here, and it has given me an opportunity to work in an office while completing my schoolwork. It's my own little piece of ENMU," Ian explains.

In addition to working, Ian volunteers with Eastern in Action and the Slovene National Benefit Society. He has also received several scholarships from the ENMU Foundation and the College of Business, as well as an award from the Student Business Club.

Ian was born and raised in Albuquerque, New Mexico. His father is a manager at a call center for the Work Force and Labor Solutions, while his mother is a personal trainer. He has one sister who is currently attending UNM. Ian also has an Australian Shepard and Chihuahua mix puppy named Jennie.

In his free time, Ian enjoys playing guitar, video games and keeping up with is favorite National Hockey League team, the Pittsburg Penguins.