ENMU Business Student Has a Passion for Economics 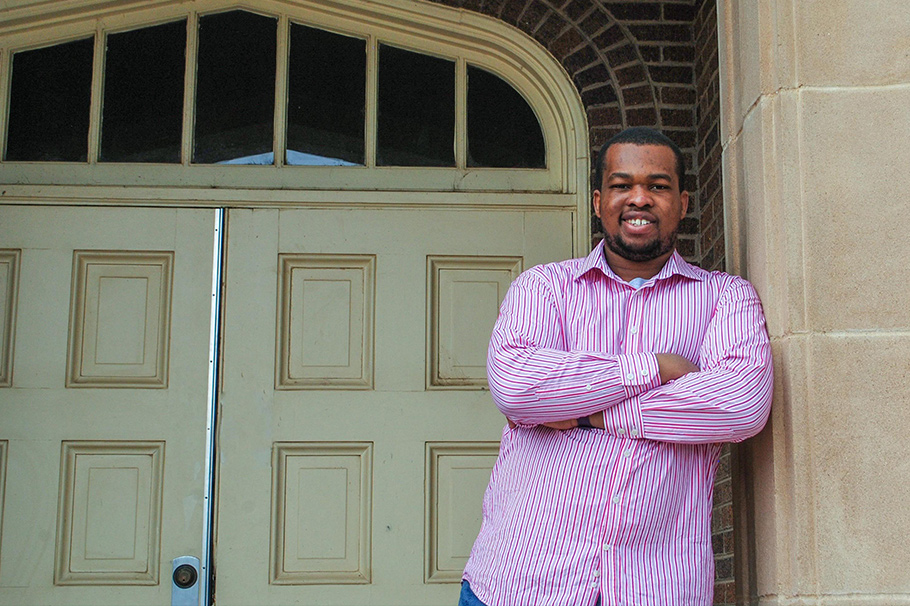 Chukwudalu "Dalu" Okoli, an Eastern New Mexico University student from Nigeria, is pursuing a degree in business administration with an emphasis in applied economics and finance. After he graduates with his bachelor's degree this fall, Dalu hopes to get pursue a master's degree and doctorate, both in economics.

"In addition to achieving three college degrees, I hope to return to Nigeria to be a distinguished economist working at Walter Smith Petroman PLC, building theories and models and forecasting events in the Nigerian economy, and helping people through economic research," Dalu says.

Dalu, who is the chapter secretary of the Business Student Club and the Accounting and Finance Club, became interested in business, particularly economics, when he was in junior high. Over his years at Eastern, this interest has continued to grow with his knowledge of the subject.

"I want to exercise my passion for functioning in the business atmosphere and the corporate world," he explains. "I thought a business degree would be the right choice of study for me so that I could put my skills learnt prior to college to better use. I was also inspired by my parents, who are business owners."

To other students with his degree path, Dalu advises: "Business, especially economics and finance, can be pretty hard, but fun, so you just have to be committed and driven by your passion to learn the material and succeed in it. You just have to grasp each assignment, problem and project one step at a time.  If you are persistent and faithful that you have what it takes to do great, you will."

Several professors in the College of Business have impacted Dalu's education positively while he has been at Eastern. He credits Dr. David Hemley, Mrs. Crista Wiegel, Dr. Robert Schneider and Mrs. Elizabeth Kirkwood as mentors during his college career.

The Greyhound mentions Dr. Sue Stockly as an especially influential individual, as she teaches some of his favorite economic courses. He says, "I like those classes because they not only prepare me for my specific business career field but because they are taught by an amazing professor, who cares about you, is willing to help and wants you to succeed."

Dalu believes his choice of Eastern has aided in his college success, stating, "I chose ENMU because of its small class sizes, the one-on-one relationships students are able to build with professors and, above all, the student success tradition. I love being surrounded by an inclusive community of other people who are nice and want to know more about you."

The senior is very involved on campus, as he is a member of the International Club and a student leader in the Sodexo Food Recovery Program, where he works part-time. He is also a student assistant to the men's basketball coach and sings in the choir.

Furthermore, he is on the leadership team at the Wesley House, a Christian campus outreach program, where he spends a large majority of his time.

"I go there all the time because I see it as my second home on campus. They have fast internet, a lounge area and a place to study. They also give free food out on Wednesday afternoons and Sunday nights. Above all, it's a place where I can exercise my faith in God. I absolutely love the Wesley, and I encourage all students at ENMU to come and experience it," he explains.

Dalu was born and raised in Nigeria, Africa. His parents are both business owners; his father owns a gas station, and his mother owns an Indian Motorcycle dealership. He is the youngest of four children, with two older brothers and one sister.