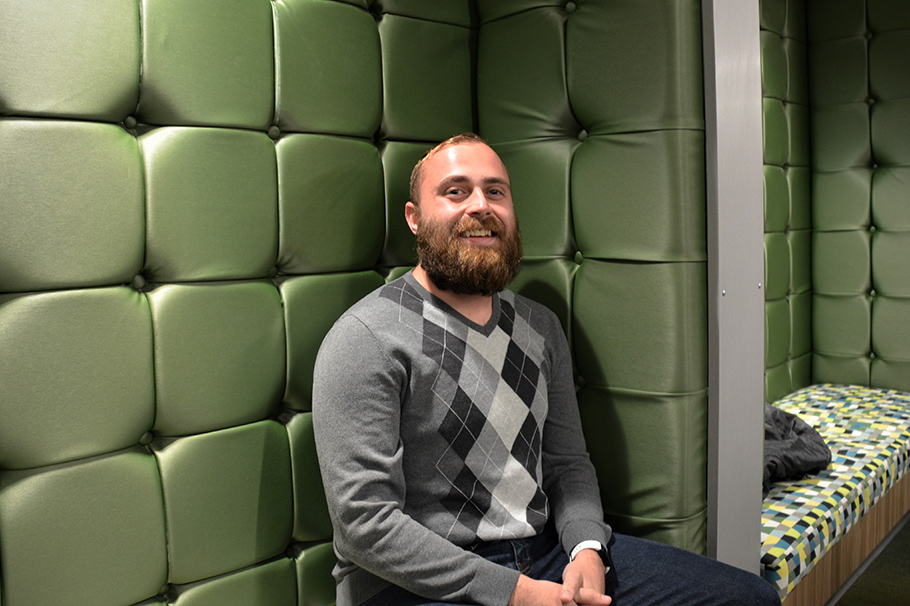 Jordan Alexander is a student at Eastern New Mexico University majoring in communication with an emphasis broadcast production with a minor in music technology. With this degree plan, he aspires to become a music producer in the entertainment industry.

"I chose broadcast production because it is closely related to the career I plan on pursuing. I hope to produce music for artists or movies, but doing audio for a television station would definitely be a suitable career as well. I ultimately want to produce some of the most memorable music of all time," says Jordan.

Jordan is employed at KENW, a public broadcasting station for Eastern New Mexico and West Texas that is based out of ENMU. He names KENW employees Allan Crawford and James Wygal as being the most influential mentors to him in learning about the different aspects of a career in broadcast journalism.

"I would advise students in communications who are serious about pursuing it as a career to work for Allan Crawford and James Wygal at KENW. You will learn an incredible amount in such a short amount of time," he explains.

Neil Rutland, an instructor of music, music technology and percussion at ENMU, has been influential to Jordan's understanding of new aspects of education in music and digital music. Jordan has thoroughly enjoyed music technology courses taught by Mr. Rutland, including "Sound and Music Technology" and "Sound Sequencing and Synthesis."

At the age of 25, Jordan chose to start college by attending Clovis Community College. He planned on completing his general education requirements there but realized the degree plans did not fit his interests. This led him to Eastern, where he found the broadcast production degree plan with a music technology minor. He says, "Going to ENMU felt right immediately. I'm just enjoying being in school again. Eastern provides a very friendly campus lifestyle."

The Greyhound was on the Dean's List in the fall of 2018 and the spring of 2019. He was awarded the Dr. Steven Gamble Endowed Scholarship, the Steve Rooney Memorial Scholarship and an "Outstanding Broadcast Student in Broadcast Production" award.

Jordan and his younger brother were born and raised in Clovis, New Mexico. His father is an agricultural mechanic, and his mother is employed by Information Technology Services at ENMU. In his free time, Jordan enjoys playing with his dogs.