Sara Kinard, who is majoring in English with secondary licensure at Eastern New Mexico University, plans to become a high school English teacher.

"I want to be a role model for my students and help guide them through high school," she shares.

The junior has "always had a love for English." She constantly writes and creates new stories. "I wish to become an author," she says. "It has always been a dream of mine to create stories and give people a place they can escape to."

She chose to attend ENMU because of the English Program and the "El Portal" literary magazine. "Being able to hear that I could be published while still attending school was what sold me," explains Sara, who has now had her work published in the literary magazine. "I took a tour on campus before making my final decision, and it was also the people that helped me decide that ENMU is where I wanted to be. Everyone was so nice and super welcoming, and it made me really feel like I could have a future and be happy here."

Her favorite aspect of life as a Greyhound is being "part of a large family."

The class Sara has enjoyed most at Eastern is ENGL 441, which focuses on Shakespeare. "I love Shakespeare and his plays," she says. "I have also found them interesting and was quick to learn how to read them; anyone who has read Shakespeare knows that his writing is not always the easiest to read. Plus, I love the professor; Dr. David Sweeten is great."

Another professor who has served as a mentor to Sara is Lindsay Tigue, assistant professor of English. "She is the person I would send my short stories to so she can read them and tell me what I did really well and what I can improve on," Sara shares.

The dean's list honoree's advice to students interested in pursuing a degree in English is to "keep up on top of your readings. It is easy to fall behind with all the readings, for both the English degree and the education degree, so staying on top is the best thing you can do in this field."

Sara's go-to spot on campus is the Golden Student Success Center, where she enjoys studying and getting coffee at Einstein Bros. Bagels with friends.

The Dawg Days counselor was born in Jennings, Louisiana, and raised in Farmington, New Mexico. She has one younger brother, Sean, who is in high school. Her father works for ConocoPhillips. Due to the pandemic, her mother is not currently working.

Sara's hobbies include writing, reading, playing the cello and playing video games with her friends. 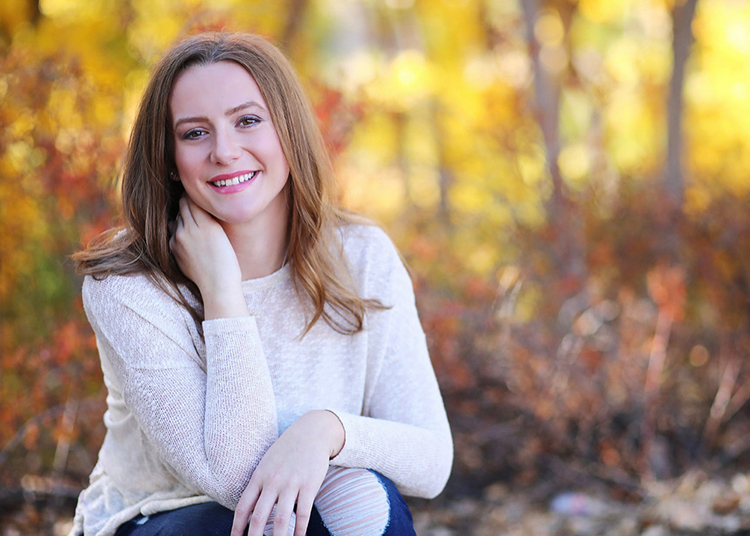