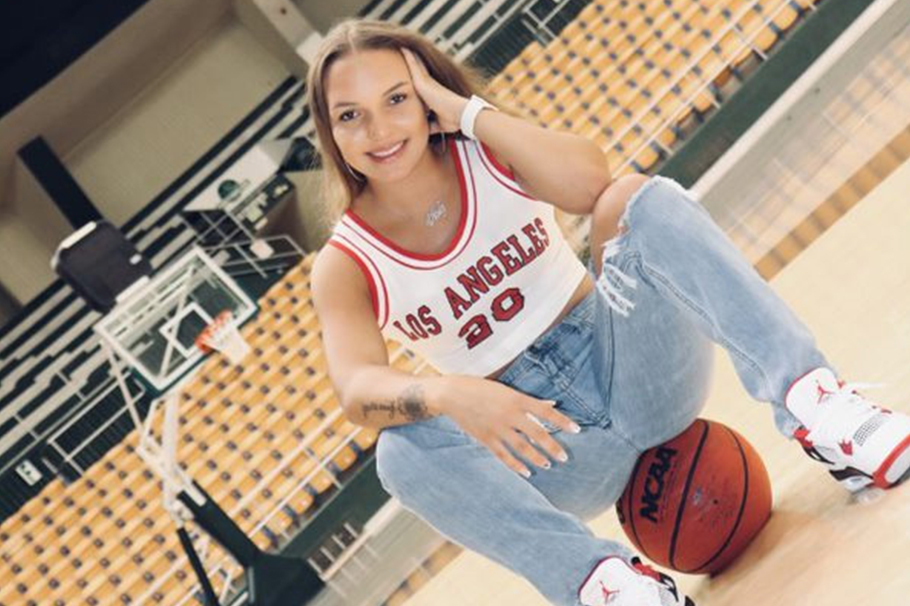 Ainsley Jeter, who is pursuing a bachelor's degree in biology with an emphasis in pre-medicine and a minor in psychology, expects to graduate from Eastern New Mexico University this December, an important step on the road to becoming a physician's assistant.

"I chose this path because of the passion I have for helping save people's lives and understanding what they're going through, along with their families during a difficult time," says Ainsley.

"I hope to one day work as a physician's assistant in the hospital, and I ultimately would like to be successful in my career by helping my patients feel better so that they can go back home with their families," she explains.

To prepare for her career, Ainsley is involved in the ENMU Caduceus Health Society, where she volunteers with the group for many events. She is employed as a nurse tech at Plains Regional Medical Center in Clovis, New Mexico.

Ainsley's advice to students interested in her field of study is to "work hard; it's a lot and can be overwhelming at times, but you always have to keep your end goal in mind and strive to be the best student that you can be."

The senior was born in South Carolina and moved to Maryland when she was three. She has a younger brother, 11, and a stepsister, 18.

Ainsley chose to attend ENMU because it was "a change of pace from the big city I came from."

She enjoys Eastern's "small classroom experience which allows you to really make that connection with other students and your professors." She also likes attending the football and basketball games to "see the Greyhound spirit!"

The dean's list honoree, who has a 3.8 GPA, says that Dr. Matthew Barlow, associate professor of physiology, is not only her mentor and advisor but also her friend. She shares, "He has guided me on the right path to graduate and has helped me pick out my schedule every semester."

The course that has stood out to Ainsley the most is Anatomy and Physiology. "We get to work on a human cadaver all year round, and a lot of schools don't offer those hands-on opportunities," she explains.

Her favorite spot on the ENMU campus is the Golden Student Success Center (GSSC). "I like a quiet place to study that isn't always in my room," she says. "I also like that there are separate study rooms with whiteboards that you can reserve with friends. I love the bagels at Einstein Bros. [inside the GSSC], so it's a win all around."

Ainsley's hobbies include working out, playing soccer and shopping. She dreams of owning a house and starting a family one day.

Ainsley with her mud volleyball team. 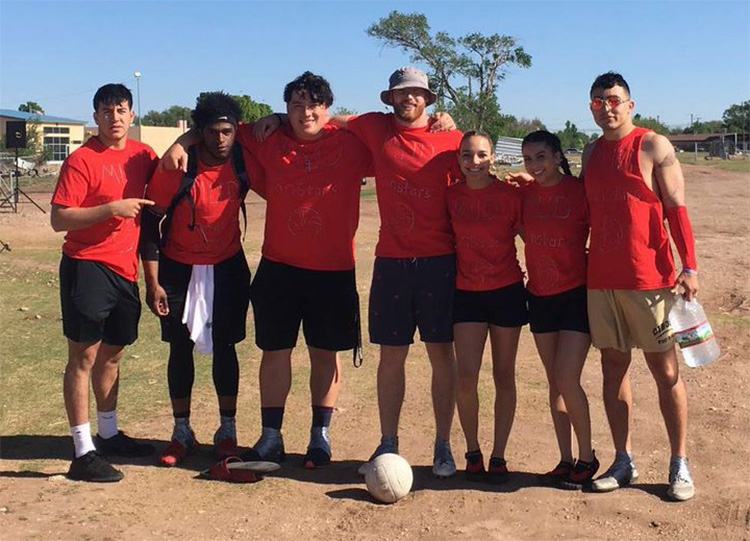