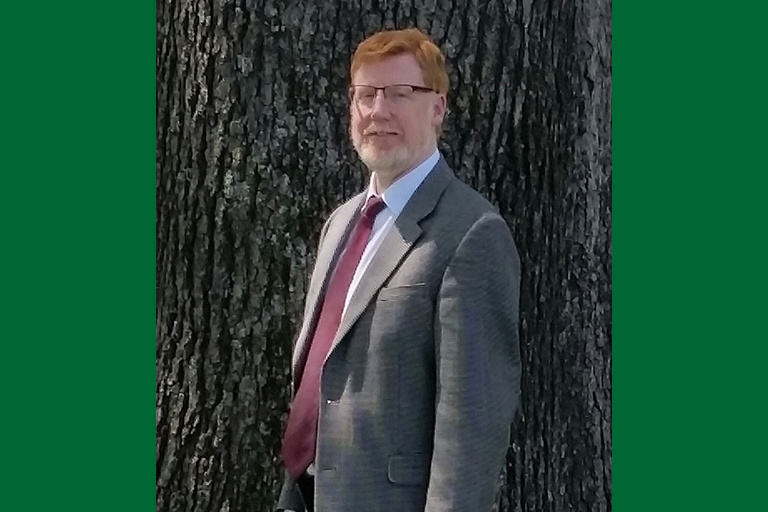 Dave Ritchie, a senior working on a Bachelor of Applied Arts and Sciences in aviation science, is taking online courses from his home in Memphis, Tennessee.

He believes that a BAAS will open doors and enhance his career advancement.

"The trade school where I completed my associate degree in aviation maintenance recommended that I look into ENMU as they fully accepted their credits. Ultimately, I evaluated all of the online aviation programs and found ENMU to be the best value," Dave said.

The 54-year-old says a number of ENMU professors have gone through considerable efforts to "bring a true classroom experience into the distance learning program. I've also been amazed at the new skill-sets that I've acquired while attending.  I've been able to apply these new skills in my current airline position."

A 1981 graduate of Sewickley Academy in Sewickley, Pennsylvania, he has maintained a 4.0 GPA and expects to graduate with honors.

Davie grew up in a suburb of Pittsburgh, Pennsylvania, where his father was a pharmacist and owned his own business. His mom was a registered nurse until he came along and she became a stay-at-home mom.

His sister was an elementary school teacher, his oldest brother is a Methodist minister, and his other brother is a commercial artist.

Dave's wife, a high school German teacher, and he have two children, both studying mechanical engineering in college.

He enjoys woodworking and community service, is active in his church and participates in a number of committees and service groups. He is also active in the Masonic Lodge.

"I've been extremely fortunate in my almost 30 years in commercial aviation," Dave said.  "I've worked as an aircraft mechanic, quality control inspector, supervisor, manager and currently work within aircraft engineering. I'm hoping that this degree will allow me even more options, including the possibility of advancing into an upper management position."

Dave says that his school experiences at ENMU "inspired me in a direction which I never saw coming. I've decided that I would like to start teaching online aviation classes. To pursue this dream, I've applied and been accepted into a master degree program in commercial aviation. Perhaps one day I'll be an adjunct professor at ENMU!"

Service to others is Dave's top priority.  "At this point in my life I've come to understand that worldly things really don't offer much true happiness. Friends, family and having a servant's heart are what really bring true happiness and purpose," Dave said.

He says the choice of a college is a very personal decision.  He experienced this while making college campus visits with both of his children.

"Things have to feel right. For me, even as a distance learner, ENMU provided that feeling."